Creating Leaders In Your Organization 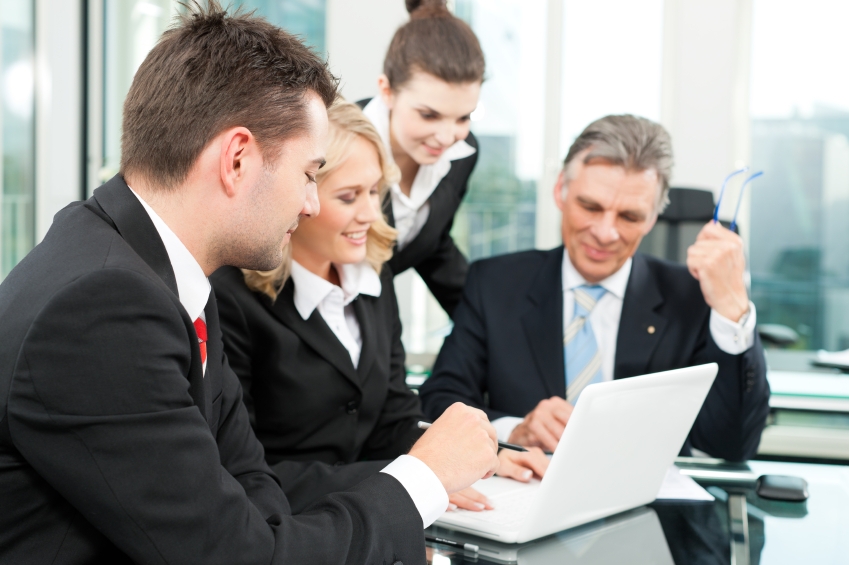 In most large organizations, leaders can either be developed, ignored, or suppressed.  Unfortunately, in many cases, rather than encouraging the emergence of leadership, it is not considered, or, even worse, suppressed.

In my career, I’ve taken over existing organizations several times.  In one case, the executive I replaced was the only person in the organization that had the overall picture of what was going on.  He was the one that met one-on-one with his boss to present status.  His staff meetings consisted of his asking questions and handing out detailed assignments.  None of his direct reports had ever been asked to recommend a course of action.  Not surprisingly, when he was asked to put together a list of people in the company who could replace him, none of the people in his organization were on the list.

In another situation, I succeeded a manager that had trained his people to bring him virtually every decision. In my first week on the job, I was told several times how glad people were that I was there because there were lots of decisions to be made and having the top job open had delayed progress.  At one point during the week, I was ushered into a very large conference room full of people.  There was only one chair open and I was led to it.  They proceeded to present a list of choices that needed to be made regarding the projects they were working on.  When I asked them why they were bringing these decisions to the new kid on the block, the answer was “we’ve always had the boss make these decisions.”

Both of the managers in these examples had trained their people to look to the boss for directions about what to do.  The boss made all the important (and in some cases unimportant) decisions.  The boss was responsible so the people did not have to be.  Even worse, the people were not permitted to be responsible for very much.  In both these cases, the people who reported to these bosses were not given much authority or leeway.  Rather, they were simply assigned tasks.  In the extreme, they were micromanaged.

Because people who were managed this way were generally uninformed about the big picture, they were unable to see opportunities for synergism with other parts of their organization. If the boss could not see an opportunity, no one in the organization who saw an opportunity could convince the boss it existed.

Years ago, in the corporation I worked for, the CEO stated on several occasions that the company was too large and diverse to be managed centrally.  In a small meeting when his assertion was disputed, his retort was “None of you can see what I see from the top, and I am the only one that can see it.”  He would not even listen to the ideas of a bunch of smart people in a small meeting.  It was no wonder that this CEO got replaced shortly thereafter by someone who proved his predecessor wrong.

It should be obvious by now that managers (I hesitate to call them leaders) who operate like the ones in my examples do not create a climate conducive to the development of leaders.

Creating leaders in an organization will occur when the boss creates the right environment.  The first way to do this is to take people at their word.  I once took over an organization where I had to present project status periodically to my management in headquarters.  In preparing for my first status report, I had the people who worked for me present their status to me.  When I returned from headquarters, all of my direct reports were standing outside my office and asked to see the slides I had used in my status report.  When I said that I had simply used the slides that they had presented to me, they were astounded.  “He (the former manager) never used our slides.  He always made his own version,” they said.  I told them that I expected them to stand behind what they told me, and that I would stand behind it to.  That was why I used their slides.

Another example was when I was on the IBM corporate engineering staff working for Bob Evans.  The Evans staff was populated with young, high-potential people around 30 years old who had been at most middle managers up to that point.  Each new person was assigned a specific product area of the company to cover.  They would then visit the associated development labs and get familiar with their future plans.  Twice yearly, each product area would present their plans to the top IBM management, and the corporate staffs were expected to agree with their plans or raise issues. As part of the staff’s review, the person assigned the area would review what they found with Bob Evans.  Evans would ask if there were any issues, and invariably the person would describe issues.  Evans would then pick up the phone and call the executive in charge of the product area and tell them that the staff had issues and would negotiate to resolve them.  The person would be sent to negotiate, and after a few weeks would come back with a resolution.  Most of the time when a new person did this and showed Evans what they had negotiated, he would say “not good enough.”   You had to watch what you said around Bob Evans because he took you at your word.  People either grew out of the experience or failed.  Mostly they grew because the selection process was pretty rigorous.

The point here is that the mark of a leader is that what they say has meaning, that there is commitment behind it.  Bob Evans was a living example of this and expected the same from every person he worked with.  We all got bigger around him. To put it a different way, the first quality of a leader is that her/his word always means something. There is commitment behind it.  Further, leaders expect those around them to behave the same way.  Around leaders, talk is not cheap.