Solving The Unsolvable In 3 Steps 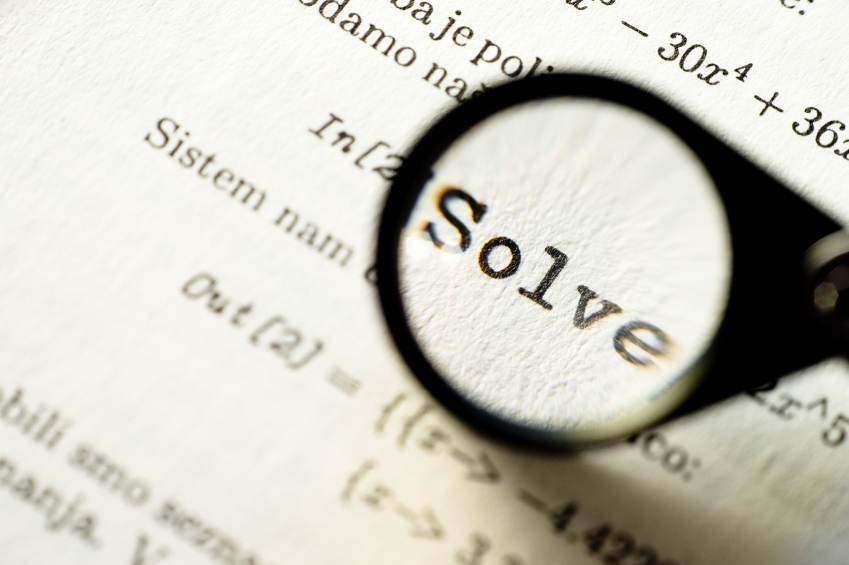 Legend tells us that Alexander the Great visited the city of Gordia, in asia minor, before he conquered most of the known world. The shrine in the city held an oxcart that was fastened to a pole using an intricate knot with no loose ends. It had been prophesied that the one who could solve this Gordian knot would become the king of the world. The Alexander solution to the problem of the Gordian knot has become a timeless metaphor for the solution of intractable problems. It was, according to himself, his greatest victory.

There are actually two different solutions to the Gordian knot with somewhat different implications. Aristobulus tells us that Alexander removed the pole from the oxcart and thereby exposed the loose end of the knot. This implies that sometimes, the way forwards is to look for a clever shortcuts that cut through all the difficult steps. The other account, the classical one, from Plutarch tells us that Alexander used his sword and cut the knot in two. This would invite us to look for an elegant out of the box solution, simple and resolute or perhaps even a brute force solution. The key to either of these solutions is to look at the problem from a new perspective or to redefine the goal.

Neither of these example provides us with a guide of how to solve other intractable problems. But it tells us that the solution is often visible as a result of a single idea, a shift in the frame of reference. In a way the legend illustrates the hindsight bias, i.e. the answer always looks obvious after you hear it. What the legend does not highlight is a key component often required to solve an intractable problem. To fully explore this we want to look at the three step process of problem solving:

Now if we take a step back we see that the solution of the Gordian knot is best set in the larger context of Alexander’s grand campaign to conquer the world. This was the grand goal he identified (step 1) and to achieve this goal he had to set his plan in motion by first fulfilling the prophecy and solving (cutting) the Gordian knot (step 2). The big and possible unappreciated challenge was to go out and conquer the known world (step 3). Without actually fulfilling his grand goal few would have heard about a macedonian prince and his encounter with an oxcart.

This is a take home message, both humbling and empowering, that the initial solution you are looking for will most likely not prove as complicated as you fear but there will be no shortcuts to achieving your long term goal. In the end your greatest victory might not be to figure out how to find the first loose thread but to stay committed to your goal in the presence of challenges great and small and get the job done.

So let’s ask the question often, what is my Gordian knot, right now? In which step am I stuck? What distant objective would become one step closer if I just solved that one problem? Let’s focus on the objectives that really matter to you, the ones that you are passionate about and where there is nothing you would not do to achieve them. Let’s work towards them now and practice cutting some knots along the way. With each resolved breakdown, each knot solved, you will develop proficiency in problem solving and learn how to approach challenges and eventually reach your goals.

3 thoughts on “Solving The Unsolvable In 3 Steps”